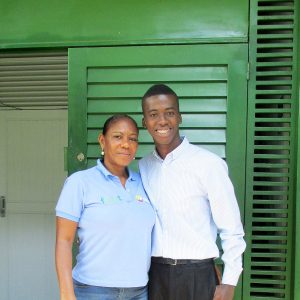 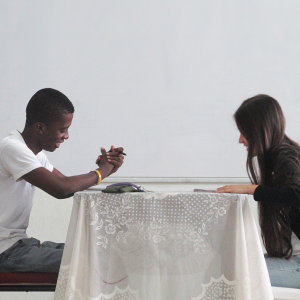 Jon joined the fourth accounting. He lives with his family made up of his mother and his younger sister and they are residents of the Buenaventura municipality. Their mother who works informally as a cook in a local restaurant struggles to cover the family’s daily living expenses.

On hearing about the course Jon made the decision to come to Cali (a 2 hour drive from Buenaventura) to live with his aunt, who supported him financially during the initial months of the course.

Jon was characterised by his joyful disposition and a willingness to learn, which is why he was chosen to carry out his internship under the guidance and tutorship of Anyerson Castro, a graduate from one of our previous courses. Up to now he has carried out his duties with a high level of competence and it is highly probable that he will be offered a salaried position in FEDUT in the continuing learning programme for graduates. This additional training will help him find a better paid job in another company.

Thanks to this course Jon has re-re-established his career aspirations and is currently carrying out a government sponsored training scheme as an IT technician in the evenings. FEDUT has allowed him extra flexibility in order that he can complete both courses successfully.

A video showing our programmes for disadvantaged youngsters both in South America and locally in the UK. Thanks for all your support!