DAN AS A SPEAKER

Dan Eley is the founder and CEO of charity which supports disadvantaged youngsters both in the UK and internationally, he was a torchbearer at the London 2012 Olympic games, is a patron of the charity Treloar’s, and an independent school governor.

Dan was working as a volunteer helping street children in some of most dangerous cities in Central America before a freak accident left him paralysed from the shoulders down. In 2010 Dan broke his neck in a diving accident in the Amazon jungle and came close to death. He was resuscitated four times before doctors advised his family to “let him go”, believing his paralysis would prohibit any quality of life.

In his talks entitled “Turning adversity into opportunity” Dan tells his audience to be the change you want to see in the world and explains how we can utilise adverse circumstances to discover our strengths and true potential and achieve happiness and fulfilment.

After his accident Dan spent one year in hospital facing up to the immense challenges of being so severely paralysed but he never gave up. He created The Dan Eley Foundation, a charity that equips underprivileged youngsters with the necessary skills to lift themselves out of hardship. Already Dan’s charity has supported over 500 young people in the UK and Colombia. In 2012 his spirit and determination were rewarded when he carried the Olympic Torch through his home town, a moment he describes as the ‘greatest day of his life’.

You can view a PDF of Dan’s speaker profile here, which includes a summary of his talk followed by some recent references. Dan’s speakers fee varies, please contact him directly to find out more.

“I’ve worked at JLA for over 15 years, working here we are fortunate to meet all sorts fascinating speakers on a regular basis. I just wanted to write to let you know I’ve rarely been so moved, and felt so privileged as to hear your speech today. I thought your personal story and how you have dealt with everything is nothing short of incredible, and your charity work is truly inspiring.” Jeremy Frewer, JLA speaking agency. 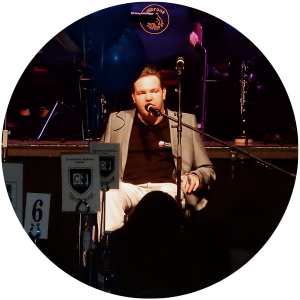